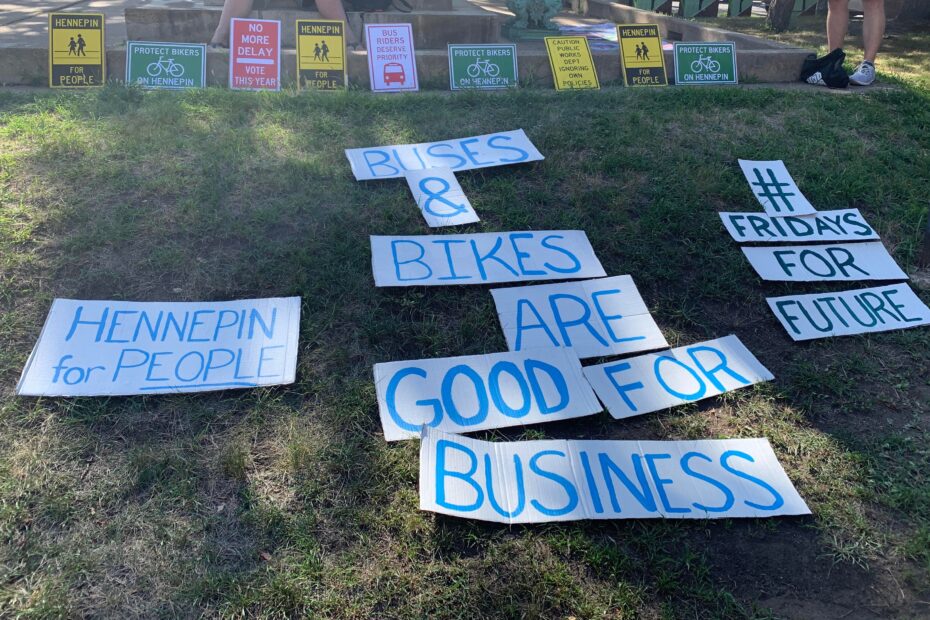 We had great turnout for our Hennepin Awareness rally to support dedicated bus lanes, a protected bike path, and pedestrian improvements.

The above video taken during our event (around 5:30 pm on a Friday) is just one relatively tame example of the kind of thing that has become routine. The driver did this once, then returned to do it a second time, which someone was able to capture on video. Our streets shouldn’t be designed in a way that invites dangerous driver behavior. This street is poorly designed. It’s too wide and too fast. Hennepin Avenue is a daily hazard for everyone who uses the street. Our vision is an inclusive street that works for people, no matter how they travel!

Our goal remains dedicated space for transit and bikes, as well as pedestrian improvements. We continue to push the City Council and Public Works for a vote on the Hennepin layout this year — but can only accomplish this with your help. Sign our petition!