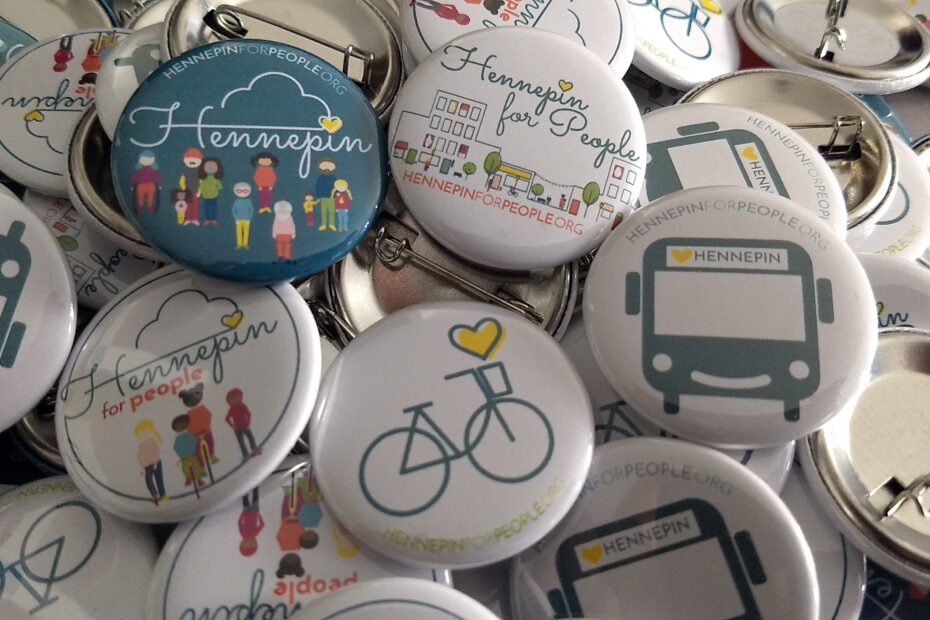 On Sunday, we took to the streets to collect comments in support of a Hennepin Avenue for people, no matter how they travel. Thanks to the volunteer team who helped with outreach. It felt good to be outside, talking to neighbors, and seeing the enthusiasm for streets built for people. People from different backgrounds, a range of ages, all across our city, and even visitors from outside Minneapolis realize Hennepin Avenue doesn’t work well for anyone in its current form. People are looking forward to dedicated transit lanes, pedestrian improvements and bike lanes. Option 1 is the only inclusive design choice.

An observation from this event, held at the intersection of the Greenway and Bryant Avenue: this is a destination. People come to Uptown from St. Paul to the east, and from Hopkins and Minnetonka to the west. Even as a resident of the neighborhood, I was surprised at how many people I met from outside Minneapolis had arrived in Uptown by bike.

Building safe biking infrastructure draws people to our city. The Greenway is a bike highway — and it can feed into a local bike route on Hennepin Avenue, bringing visitors and customers to the neighborhood. People who bike within our city and those who bike into our city. On Sunday, we met a group of three on a bike tour checking out all the protected biking infrastructure in our city. We’re not all comfortable riding in traffic with cars. Imagine what a destination Hennepin Avenue could be. If you build safe and well-connected bike routes, not only will it serve those of us who live here — people will be drawn to them. The Bryant bike boulevard and the Greenway prove this. Bike lanes on Hennepin Avenue will be an asset to our growing community.